Regarding my own XenMobile deployment I had a 10.14 Rolling Patch environment 6 running and updated it to Rolling Patch 9 before the eventual upgrade to 10.15 base. This all is very easy to do and all the required information is presented at Release notes for Rolling Patches | XenMobile Server Current Release (citrix.com) regarding patches, requirements etc.

Well first back-up of the database and an offline XenMobile appliance snapshot so that I could always revert and afterwards upgraded to the latest 10.15. The appliance did a reboot a then everything broken see below: 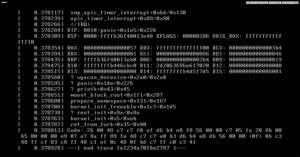 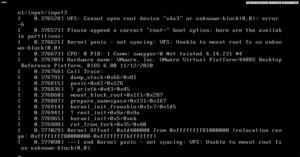 The kernel panic and errors regarding disk entries made me wonder, why does this occur with this release and never before? I’ve upgraded my deployment since the earliest release of XenMobile. This brough me to the following article: Kernel panic error is seen when trying to deploy the OVA file for XenMobile Server on VMware

And after that I’ve decided to deploy a new appliance on 10.15 to see are there any differences etc. well first thing to note is that we still cannot import it correctly through a vCenter deployment since 2018, that’s quite bad and IMHO needst to be fixed. See Citrix XenMobile OVA installation error that the workaround is to import it through a direct host connection with a standard switch connected. After the import you can see, manage, and edit it through vCenter as we normally do.

The thing that stood out and was also mentioned in the article is that the controller is a VMware Paravirtual one (with a note stating not recommended for this guest OS). The new appliance after a VM hardware upgrade to the latest for VMXNET3 support booted just fine. I decided to do that on the existing one as well which had an LSI Logic SAS controller and after the change it booted fine. Reverting it to the LSI Logic SAS breaks it again.

To me it seems a bug because like the article explains “g. On ESXi, if your disks are local, select SCSI Controller and LSI Logic Parallel. If you’re using a shared disk, select VMware Paravirtual.” And I have local disks.