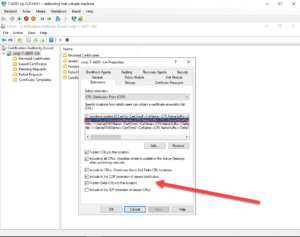 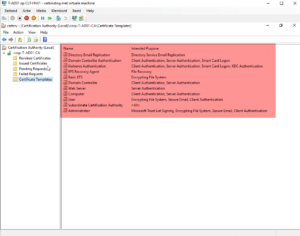 When configuring VMware UAG as an reverse proxy I’ve encountered some issues last year that as far as I could see wasn’t all to well documented. My reference article for the configuration was the following: https://techzone.vmware.com/configuring-web-reverse-proxy-identity-bridging-vmware-unified-access-gateway-vmware-workspace-one-operational-tutorial#985671

Basically when you follow it to the letter in your test deployment and with a test site you will not have a working reverse proxy URL. At the time when I encountered this I’ve logged a GSS support case and in the troubleshooting process it was clear that the proxy pattern set wasn’t working whatsoever, the correct one should be (|/(.*)|) instead of (|/intranet(.*)|)

My understanding was that if you would configure the instance id and configured the proxy pattern accordingly it would work but that wasn’t the case. Only when not referencing it and just passing it through it began to work. 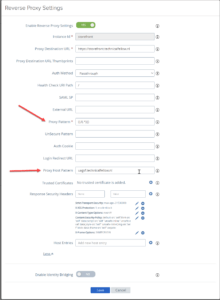 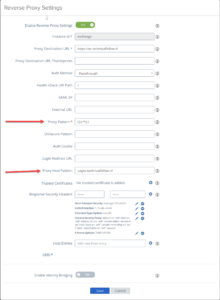 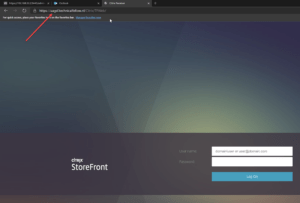